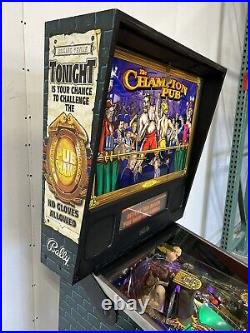 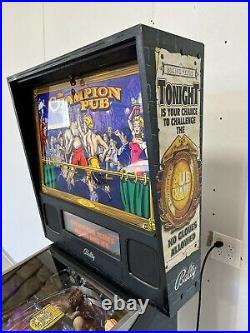 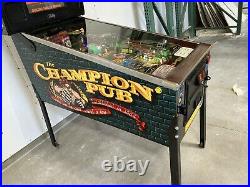 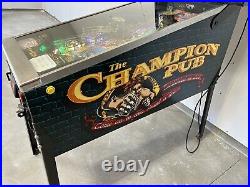 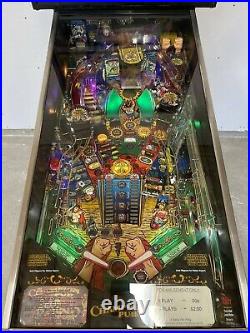 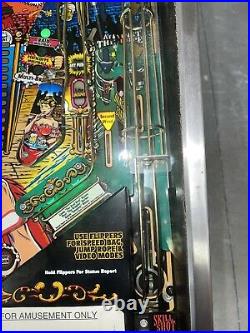 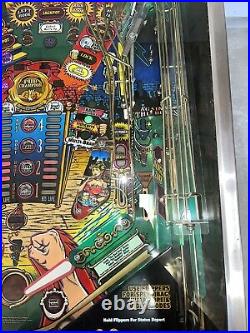 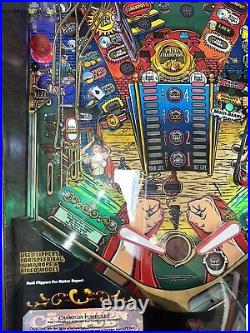 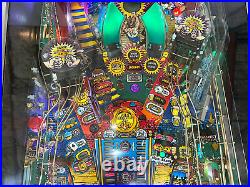 Champion Pub is here now and ready to enjoy! Game is completely gone through by Orange County Pinballs, a full service pinball shop. Game goes through a rigorous refurbishment process and service checklist by professional pinball technicians to make sure it is 100% fully operational and looks great! All electronic boards are inspected, serviced, repaired and any burnt connectors replaced. Fuses are checked and correct fuse values installed (safety issue to prevent damage to the game or a fire). Cabinet vacuumed, outside of cabinet cleaned and inspected for any issues. Playfield is stripped down and all plastics, ramps and mechanisms are cleaned and the playfield is polished. If the game has plastic ramps they are flame polished to restore clarity and appearance. Flippers are rebuilt with new plungers, links and coil stops to ensure the strongest possible flippers. All rubber rings are replaced and all new lightbulbs installed. All switches are checked, adjusted or replaced. All coils and mechanisms are checked, adjusted or replaced. New sheet of tempered playfield glass. Locks with keys for full access inside the machine. Also the location must be tractor trailer accessible. This item is in the category “Collectibles\Arcade, Jukeboxes & Pinball\Pinball\Machines”. The seller is “orangecountypinballs” and is located in this country: US. This item can be shipped to United States. 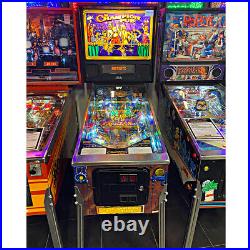 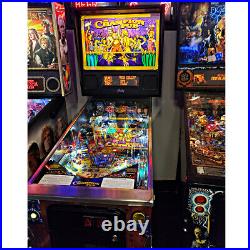 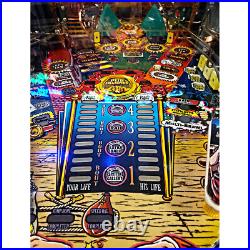 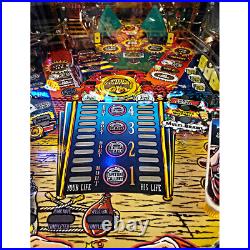 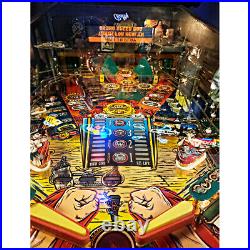 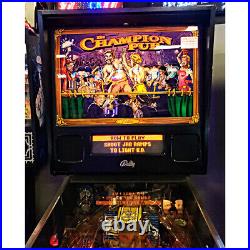 Champion Pub Pinball Machine by Bally / Midway. Champion Pub is a rare solid state boxing themed pinball machine released by Midway in 1998. Only 1,369 confirmed units were ever produced! The object of Champion Pub Pinball is to become the champion boxer of the pub. It is designed to resemble a 1920s pub, with dancers, beer, fighters room and all. There are total five fighters that you will have to beat and collect five jewels for your belt. Only then you will get to play the ultimate challenge. The game gives you a real fighting experience, especially with the 300 professionally scripted quotes from 11 different fighters. Champion Pub features a punching bag that rotates 180 degrees to reveal the top half of a boxer who waves his arms up and down. A pair of ramps guide the ball to hit the figure on both sides of the face, and shooting between the ramps lands a body blow. Also features a mini-playfield in which the ball is launched at a speed bag by plastic fists instead of flippers, and a jump rope which is comprised of a rotating wire that the ball must jump over using a button-controlled solenoid. This machine has been professionally refurbished in both playability and appearance. The item “Champion Pub Pinball Machine by Bally (Completely Restored)” is in sale since Tuesday, March 17, 2020. This item is in the category “Collectibles\Arcade, Jukeboxes & Pinball\Pinball\Machines”. The seller is “actionevan” and is located in Bradenton, Florida. This item can be shipped to United States.