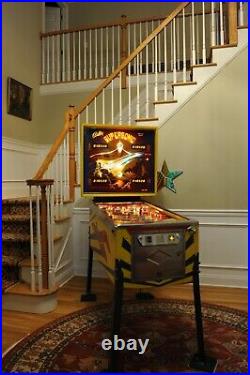 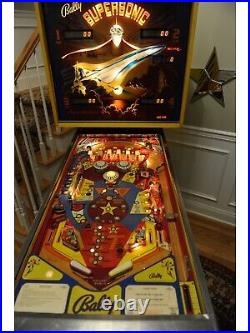 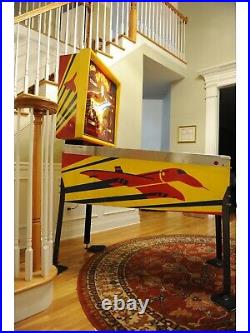 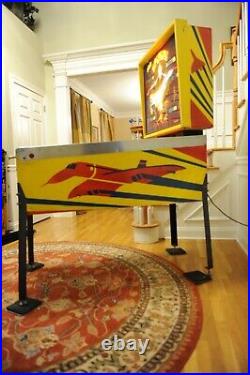 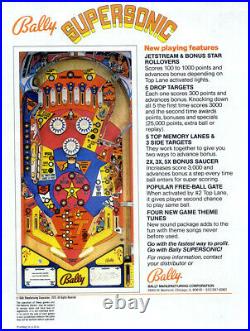 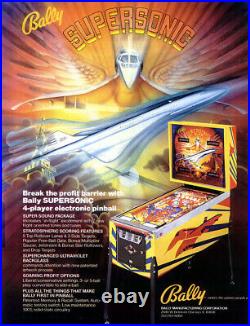 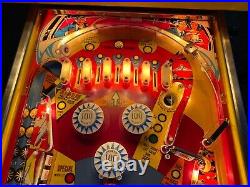 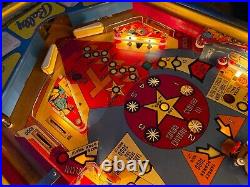 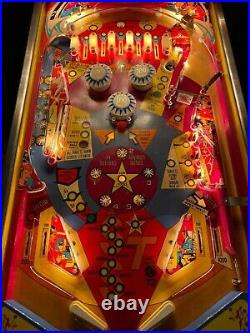 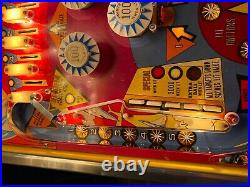 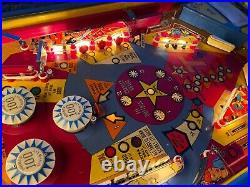 Bally 1979 Supersonic Pinball Machine. Supersonic Flight that still holds records today! The best Supersonic themed pinball machine I’ve ever seen. Game is fully functional. Restored transformer with new power board. Old power boards are the main reason for problems with older Bally machines. Rare in this condition. The cabinet and playfield have original artwork with some touchup. This a fully commercial Arcade pinball machine at an affordable price. Feel free to reach me for any questions by 908eight723999. If you don’t see your dream game in my auctions just let me know. Many more games nearing full restoration. The first Concorde, the 001, flew its maiden flight on March 2, 1969 over France. The first commercial passenger flights took place on January 21, 1976 when a British Airways flight traveled from Heathrow to Bahrain at the same time that an Air France jet flew from Paris to Rio de Janeiro. The last supersonic flight occurred October 24, 2003 when British Airways flew from New York to Heathrow. Air France had already grounded its supersonic fleet the previous May. For exact price you would need to call NAVL with your zipcode. The item “Bally 1979 Supersonic Pinball Machine. Supersonic Flight that holds records” is in sale since Monday, September 21, 2020. This item is in the category “Collectibles\Arcade, Jukeboxes & Pinball\Pinball\Machines”. The seller is “buythru” and is located in Jupiter, Florida. This item can be shipped to United States.